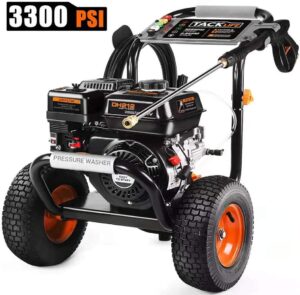 Most pressure washers can work either through electricity or gas – and the best model may depend on what your company’s needs are. If you go to different places and an electric socket may be hard to find, for you, the best choice would be to go for the gas-powered pressure washers. For instance, if you’re cleaning up trucks, most of which are parked in a large space with no electric outlet in sight, the gas-powered washer is definitely your best option for this.

Otherwise, if your cleaning jobs compromise cleaning within the building or in areas where an electric socket is available, you can go by with an electricity-powered one. 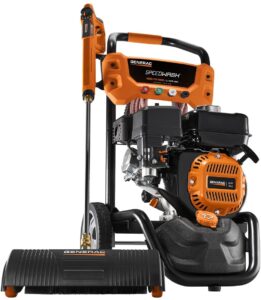 The PSI is the amount of energy or pressure on the water once it starts to hit the surface. Most residential pressure washers have a PSI 1300 on average. While this may do the job done quickly, for professional cleaners, you’d want to go with more than 1300 since you may be dealing with areas that are larger than residential buildings.

Find out the perfect PSI for your company’s needs. You may find commercial pressure washers that range from 2000 to 4200 PSIs. These are the ones that are commonly used by commercial cleaning companies as it helps get rid of the grime easily, and covers larger surfaces within a shorter period of time.

If you’re a commercial cleaning company, getting the lower PSI models may work – but it’s not as efficient as the high-powered ones. Of course, the higher the PSI is, the more expensive it is – so make sure that you take this into consideration when looking for pressure washers for your company. 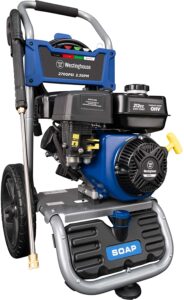 Another feature that will help you find the best commercial pressure washer for your cleaning company is the vehicle mount. It’s a given fact that you’ll start to visit other’s properties, and it only makes sense that you’ll be hauling it around with you in your service vehicle. It’s super convenient and a great feature that the washer has a vehicle mount. This saves you time and space, making it easier to bring in your vehicle regardless of where you’re going.

Looking for the best commercial pressure washer for your cleaning business is a crucial step to provide only the best cleaning quality you have to offer for your clients. If you have to spend time on it, researching the best brands, checking for comparisons, and finding features that your business needs, do it. Do not skimp on this process. At the end of the day, this matters for your business and can significantly help you provide only the best cleaning service there is. More at https://www.brandreviewly.com/best-commercial-pressure-washer/. 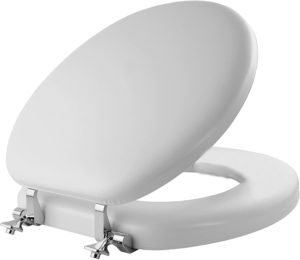 1. A toilet seat that the hinges don’t break after the first week or two. I waited for months to write this review because I wanted to give this seat a “real world” test before posting my thoughts. Well, it’s the best toilet seat that I’ve ever owned. At first, I was not very happy with the size of the opening in the seat. It is a little smaller than the cheap-o’s I was accustomed to buying from that all-too-familiar mega-store. But, after using it many times, it’s not a problem at all.

The material it’s covered with is very durable and cleans up easily during my weekly chores. As I stated initially, the hinges are the main attraction. They are actual metal hinges that can take the constant lifting and lower, being sat on with the lid up & down, being scooted across and back & forth during normal use without breaking. It doesn’t appear that I will need a new seat for a long time to come, but if I do, I will certainly purchase this one again!

The only negative to mention was when I first installed the lid on my commode, I did notice that some of the hardware holding the hinges to the seat and lid were loose from the factory. But, just a quick spin of the Phillips Head screwdriver, and it has been fine ever since.

2. My husband calls me “The Princess and the Pea”, from an old fairy tale, because I am the first to be uncomfortable. The seat is soft enough for me. The purpose of a vinyl seat is to not sit on a shockingly cold seat. The problem we have had was with plastic fixtures. We are big people.

The plastic fixtures were what failed. I replaced two perfectly good seats with plastic fastener failures. I wanted only metal fixtures. I was ready to go back to a hard seat when everyone in the house voted for soft seats or bust!

We’re pleased with the seats. They are staying together so far. I was mildly irritated that the nuts that go on the steel bolts were plastic. If they start de-threading I will replace them with steel nuts as Mayfair should have. That was the loss of one star. More at https://www.brandreviewly.com/best-padded-toilet-seat/.

3. A toilet seat that does not have those nylon clips that hold it on the bowl that always seem to slide around when you reach around for the toilet paper making you feel like you are going to fall in! Love the metal hinges that are solid and held into place with no movement. We have installed two of these and both are working out terrific.

1. Idk what to say. With all the great positive reviews, I was expecting much more than I received. I was really anxious for it to arrive, bc I had been shopping all over for one like it.
There seemed to be more Positive Reviews than Negative & of course, that made me hopeful about receiving it.

However, I don’t really see how you can call it a soft padded toilet seat bc there was hardly any padding at all in it. When we sat on it, it went straight to the moulded seat with very very little padding, so that when you sat down ….. Your bottom was sitting on that Vinyl Covered Seat wondering where the padding was!?! Plus, they had moulded the pieces together & it was very uncomfortable sitting on it.

2. I bought this seat before about 3 years ago. I went back to purchase it again. Well, my husband didn’t have time to install it until this week after we opened the seat there was a bad place in the vinyl. We went ahead and tried to install it and then noticed another place.

The first time this seat was sat on it broke!!! What happened to the quality seat we bought a few years ago?! We need the padded seat due to my back problems. We also like the fact the hinges are metal. I am at a loss of what to do now, very disappointed this time!

3. Defective wood was used to make the lid and you can see a punch hole through the vinyl. Also, the vinyl was wrinkled near the hinge. I didn’t have time to return it, so hopefully, the blemishes and the punch in the wood won’t matter.

I have had the Tushy Kushy seat for many years but the last 2 started to peel around the opening and look like it had mould, but it didn’t. Otherwise, it looked new. So, I needed to find a good replacement. A lot of the reviews complained about the hinges on this one, but it is by far, better looking than anything I could find locally. So, time will tell!!!

This website uses cookies to improve your experience while you navigate through the website. Out of these cookies, the cookies that are categorized as necessary are stored on your browser as they are essential for the working of basic functionalities of the website. We also use third-party cookies that help us analyze and understand how you use this website. These cookies will be stored in your browser only with your consent. You also have the option to opt-out of these cookies. But opting out of some of these cookies may have an effect on your browsing experience.
Necessary Always Enabled
Necessary cookies are absolutely essential for the website to function properly. This category only includes cookies that ensures basic functionalities and security features of the website. These cookies do not store any personal information.
Non-necessary
Any cookies that may not be particularly necessary for the website to function and is used specifically to collect user personal data via analytics, ads, other embedded contents are termed as non-necessary cookies. It is mandatory to procure user consent prior to running these cookies on your website.
SAVE & ACCEPT